Halloween Kills brings the franchise back but it's a combination of tricks and treats... 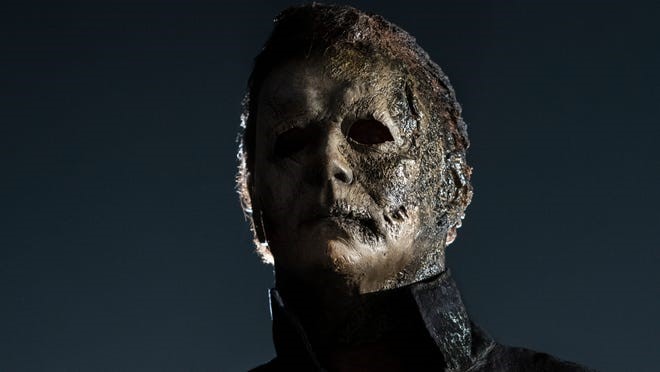 Horror means a lot to me. One of my favorites has been Halloween from 1978. John Carpenter and Debra Hill crafted an excellent low-key slasher movie that changed the horror genre. Some say that the characterization is a bit flawed, but in my opinion, these characters are really well written. The film also features some of the best music of John Carpenter’s career. So as you can probably tell, I love this movie. Twelve sequels later, my love for the first movie hasn’t changed. No matter how many times some filmmakers ruin the franchise, the character of Michael Myers is a very compelling character. This is a lot scarier than a dream demon that cracks jokes and a little boy with mommy issues. Myers doesn’t have a soul or emotions, he is just a mindless evil who will stop at nothing to murder the citizens of Haddonfield, Illnois. The highs of this character are great, but the lows are extremely low (looking at you, Halloween: The Curse of Michael Myers).

So, when David Gordon Green and Danny Mcbride came out with Halloween (great title guys), I liked it. The film was a great return after Rob Zombie killed the franchise for almost a decade with the awful Halloween 2. The film had a great score and atmosphere. They also brought back Laurie Strode in an amazing performance, and Michael is extremely scary in his role. The only complaint I had with it was the forced humor. I don’t watch these movies to laugh, I watch them to see the great intensity and progression of the story. There was also a shocking twist that left me speechless.

So when I heard the breathing at the end of David Gordon Green’s film I was very excited to see what they would improve in the 2018 film, while also progressing the story. Three years later and with a lot of delays, here we are: Halloween Kills was released on October 15th and is now available for streaming on NBC’s Peacock streaming service at home.

Halloween Kills takes place seconds after the 2018 film. Laurie, Karen, and Allyson are escaping Laurie’s death trap left for Michael. Firefighters are headed to put out the fire when they accidentally unleash the shape. Three kids from the first movie, Tommy Doyle, Lindsey Wallace, and Lonnie Elam are fed up, so they create a mob against the shape.

The title clearly applies, as the kills clearly had a lot of thought put into them. If you’re one of those Halloween fans who only cares about the violence, then you’re going to love this movie. The cinematography is also excellent. So many shots are just incredible, and anything with Michael just standing is gorgeous. There was a flashback sequence to 1978, the night he came home, and that movie looks different than movies made nowadays. Somehow though, this flashback sequence looks exactly like the old movie did.

Sadly though, I think the writers put the violence before the characters in this one, as the characters just aren’t that interesting to me. In the last movie, the relationship between the three generations of Strodes was really interesting, especially Jaime Lee Curtis. Her performance was really great. Also, Officer Hawkins might’ve been one of my favorites in the franchise. He had an interesting relationship with Michael and Laurie. This movie brings back five people from the original film who came back for this movie. The three I mentioned earlier, and two were a surprise; Sheriff Brackett, and Marion, the nurse, both from the first two. Tommy Doyle puts together a mob against Michael, and this was obviously used to show social commentary about mob mentality. A couple months ago, the newest installment in the Saw franchise came out – spoiler alert, it was awful. Why do you ask? This is because it was heavy on social commentary about cops and police brutality. This completely ruined the movie, making it one of the worst I’ve seen all year. So when I was watching the movie, I got really scared. Thankfully, it doesn’t ruin the whole thing, but it doesn’t help it in making it better. I really don’t need social commentary in my Halloween movies. Also, the writers didn’t have much faith in the audience for this movie. Characters remind you of the fact that Judith Myers was murdered by her little brother in 1963 multiple times. We also know that Michael killed three teenagers in 1978, I don’t need to be reminded of this hundreds of times. Now sure, this is for new fans who don’t know anything about these movies. Then why would they pick this movie to see rather than the other eleven movies in the franchise? This movie suffers from something it didn’t deserve. This film is the middle of the trilogy, and most of the time, these films don’t feel finished. The credits came out of nowhere, and I couldn’t stop saying, “that’s it?”. Hopefully, the ending film next year fixes these problems and makes a nice trilogy of Halloween movies that fans will look back on fondly. For now though, this movie just ends on a cliffhanger and fans will just have to wait.

Overall, the latest installment in one of my favorite horror franchises is in the middle of the road. It isn’t as bad as Resurrection, or as boring as Part Five, but it still isn’t great. The violence is inventive and the movie looks great from a technical standpoint, but sadly, the movie suffers from poor writing. The characterization here needed some work. I’m going to give Halloween Kills three out of five panthers.