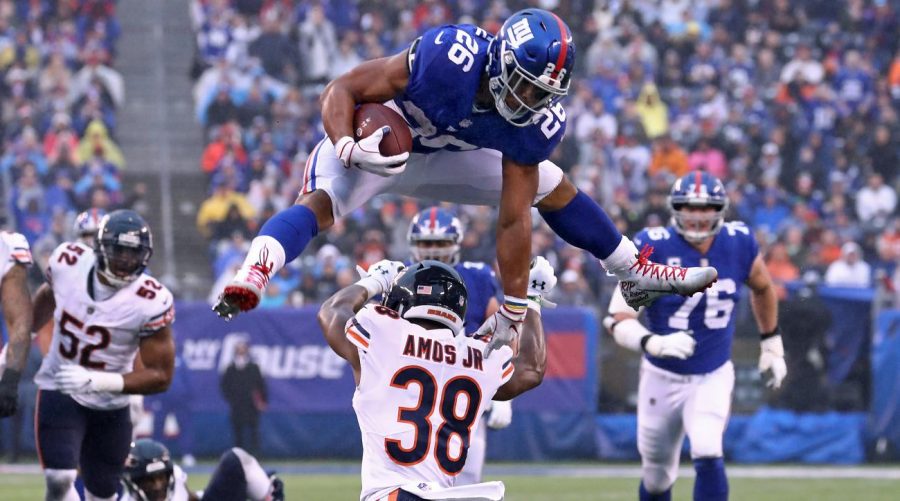 With the 2nd pick of the 2018 NFL Draft, the New York Giants selected running back Saquon Barkley. This was the worst decision this franchise has ever made.

Now, let me preface my thoughts by stating that Saquon Barkley is not a bust. He very well may become the best running back in football and that would not shock me. The issue is not Saquon Barkley and his otherworldly talent, but rather his position.

Although time will determine the true outcome of this draft, it is safe to say that the 2018 class was absolutely loaded with talent at the Quarterback position. I can almost guarantee that at the very least two of the quarterbacks drafted will be franchise stars. The New York Giants, one of football’s biggest brands, sat at the perfect spot to take any one of the 5 absolute studs of this years draft. The #2 spot. They instead chose a flashy running back, and with it years of more struggles at the quarterback position while they continue to produce forlorn reasons for Eli Manning to keep being their Quarterback.

Saquon Barkley is a great running back. So is Kareem Hunt, Ezekiel Elliott, Adrian Peterson, Demarco Murray and Lesean McCoy. These great running backs are bound to have lead their teams to Super Bowl wins, right? Well, Kareem Hunt lost to the Titans in the 2017 Wild Card round, Zeke Elliott lost to the Packers in the 2016 Divisional Round, Adrian Peterson lost in the 2015 Wildcard Round, Demarco Murray lost in the 2014 Divisional Round, and Lesean McCoy, well, he lost in the 2013 Wildcard Round. My point being, in the last decade not once has a running back lead their team to a Superbowl. The running backs who win Super Bowls are those like Jay Ajayi, Ahmad Bradshaw, Legarrette Blount and Ronnie Hillman. These running backs line up behind greats like Carson Wentz, Peyton Manning, Russell Wilson, and Tom Brady. Quarterbacks win you Superbowls, Running backs win you your matchup against Dan from accounting in your office Fantasy Football league. If the Giants goal is to produce a team that competes well in the Fantasy Football world, this data clearly supports that they’ve done it. If their goal, however, is to compete for Superbowl, they have failed utterly.