The TV show that has taken the world by storm! 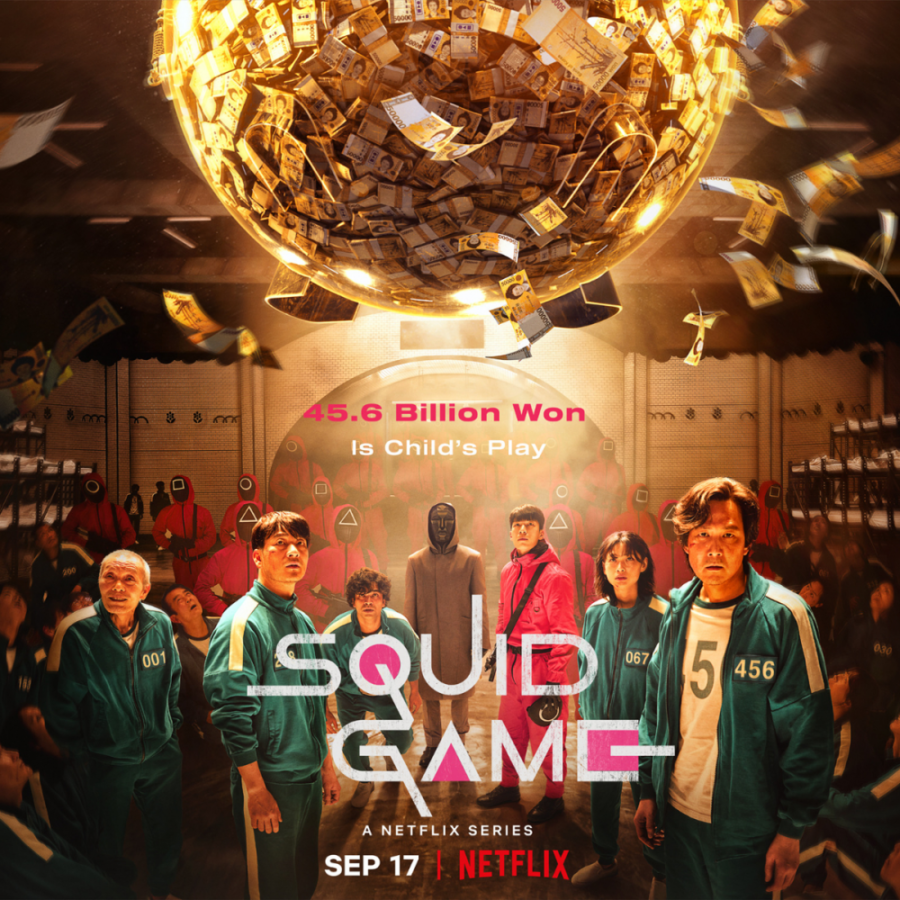 Everyone knows about the new show on Netflix, ‘Squid Game’, but why is it so popular? It has seemingly come out of nowhere, but is the most-watched show on Netflix.  But why is that?

Squid Game was released on September 17, 2021, and has managed to climb to the top of the charts, all in under a month. Squid game was originally a small, low-budget show from South Korea, but was later able to make it onto Netflix. Hwang Dong-hyuk, the writer of the show, recalled that he had been rejected by film studios in the past because the show had been “too grotesque and unrealistic”. Little would they know that years later, Squid Game would become one of the largest shows on Netflix within less than a month. One of his inspirations for the show was ‘Battle Royale’, a Japanese cult film.

The show itself is based around the crippling debt of South Korea, and puts its own spin on it. 456 players were invited to participate in a series of minigames to win ₩45.6billion (roughly £2.8million). The twist is that these games are either life or death, designed to get as many people out as possible. The games played are children’s games from 1970-1980, made to bring nostalgia, but still invoke a sense of eeriness. The first game was the children’s game, ¨Red Light Green Light”, in which the contestants would have to compete to get past the giant doll narrating the game. If you moved while the doll was watching, you lost. If you lost, you would be shot by a wall sniper. This deadly spin on a classic children’s game is what drew some people in. For others, it was the enticing excitement to see who would win, or the grotesque elements of the show.

Some may find that they, too, find themselves in crippling debt, so some might find comfort in knowing theyŕe not alone. Whatever the case may be, people are going crazy over this show. Between halloween costumes and people making their own version of the game, through writing or animation, people love the show.

The way that the players are invited varies, however, one way that a character was invited was by playing a game with someone on a train, called ¨Ddakji¨, where the goal is to square their opponents by throwing their squares at it. In exchange for everytime Gi-hun (the main character) lost, he would get slapped. If Gi-hun won, he would get a briefcase. After many attempts, (and slaps), he finally won. He got a card from the man he was playing against, which was actually an invitation to join the game. While there is not another known way to be invited, there are definitely a wide variety of personalities in the game.

Overall, the show is captivating in many different ways, between the nostalgia factor of the games, the grotesque underlying nature of the games, or being able to relate to being in crippling debt. The show is currently available on Netflix, and is easily available and easy to find by simply going under, ¨Most Watched in the U.S.¨.