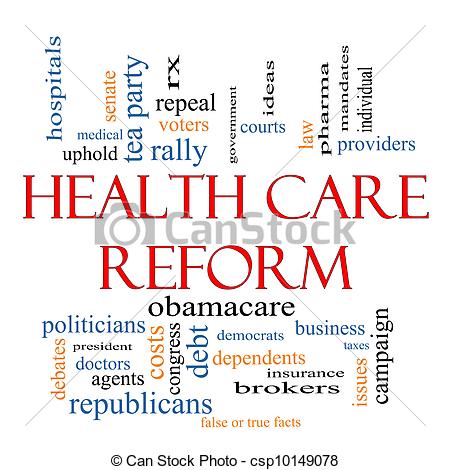 A prominent issue over the last couple of years has been “Obama Care” and how it is supposedly ruining America.

The act has received an innumerable amount of attacks from the right, including several from Paul Ryan, who deemed that it has “no place in free society”

The act isn’t oppressive; it simply reforms Medicare, providing a form of health insurance to all Americans.  However, the act causes does not solve the issue of preference of one patient over another due to their health coverage and is, in reality, a stepping stone for a true change.

In a society, we should be treated as equals when it comes to our well being, as we are all humans.  In order to truly fix the inequality and the flaws of America’s health care, the socialization of medical services must occur.

When one looks at the facts, the socialization of health care is a positive.  It doesn’t matter how much money an individual has, they are still a human and deserve equal medical attention.  In 2013, approximately 43% of America’s working class adults did not visit a doctor or use other medical services because it was too expensive, according to an article posted on CNN’s Money Edition.

These adults may not know that they have a terminal disease, allergy or other health issues just because of the cost.  In a country that is so dedicated to defending what is right, how can people idly sit by as almost half of the country’s adults cannot even receive needed medical services?

Through universal health care, American citizens can pay for health care as a whole in order to maintain the health of their neighbors, friends and family.

Universal health care would allow for an affordable treatment to terminal diseases some simply cannot afford.  Regardless of one’s income, they would be able to fight cancer without having to remortgage the house, sell their belongings and suffer through payment after payment.

As an effect, the United States would also rise to a higher rank in life expectancy by country.  As of right now, the country is the 33rd best something a nation that prides itself for being number one shouldn’t be satisfied with.

Japan, Sweden and Finland have infant mortalities that are a third of the United States’ and all three countries have universal (socialized) health care, according to americashealthrankings.org. This goes to show that both the quality and length of life would increase due to the socializing the United States’ medical services.

In order to universalize health care, taxes would need to be raised and hospitals could be sold to the government or create agreements with government regulations.

Health insurance companies could be given a small amount of time to end their billing to American citizens, who would now be covered by the United States.  Some would argue how this went against the freedom of business and how increased taxes were ludicrous.

Yet they would not longer have to pay for private coverage, so the cost would essentially remain the same, it would just appear as a tax.  Although health care companies would disappear and remove a very small amount of jobs, Americans would all be able to receive the medical care they needed, regardless of income.

With health care, quality of life should be prioritized before quantity of profit, making universal health care a great option.

Ending the privatization of health care isn’t just a personal stance, it’s a human necessity.  For the citizens of the United States to remain idle or against universal health care, it is not only selfish, but immoral.

The privatization of health care only promotes greed, selfishness and the death of compassion.  Universal health care is a cure, resulting in longer, healthier lives.